This evening, muggy and threatening rain, my little flock was sheared. Not by me, though I helped with the worming, tagging, and dosing. Jack and Chris, two sturdy young bairns, did the honours. The flock clearly felt the relief of losing their heavy, hot coats.

Two quick pics. Jack and Chris hard at it: 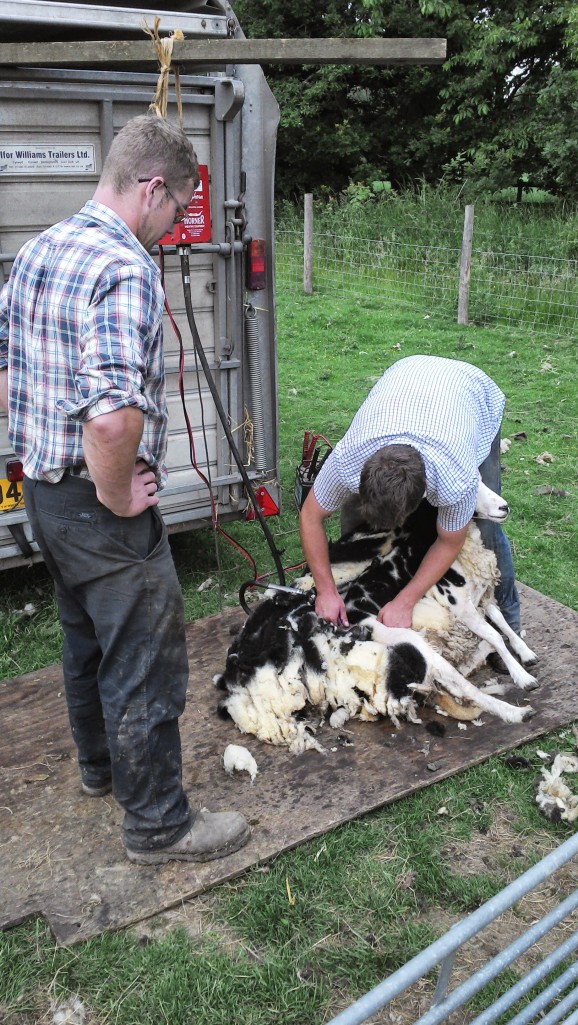 A lovely pile of fleece for our oblate Teresa, who will use a goodly portion of it to make sleeping mats for the homeless.

Little Malcolm was glad when it was all over.

This morning a little surprise awaited in the meadow: Magdalene, a surprise newborn lamb, bonnie and bouncy. If you ever get the chance to hold a new or newish lamb, make sure you get a good whiff of its fragrance – simply heavenly.

Time for a less serious post. Photos of the lambs are piling up, over a week’s worth, and drowning will soon ensue. Every now and then I was able to get a shot of the lambs at play, in particular when they leapt. The leaping of lambs is one of those sights that brings a smile to the stoniest face. The photos, taken at a distance with a point-and-shoot camera, do not really capture their sheer exuberance and joie de vivre. Nevertheless, it makes for the occasional cute photograph.

So in chronological order some leaping lambs from the past week. As always the photos get bigger if you click them, but they are of varying quality. 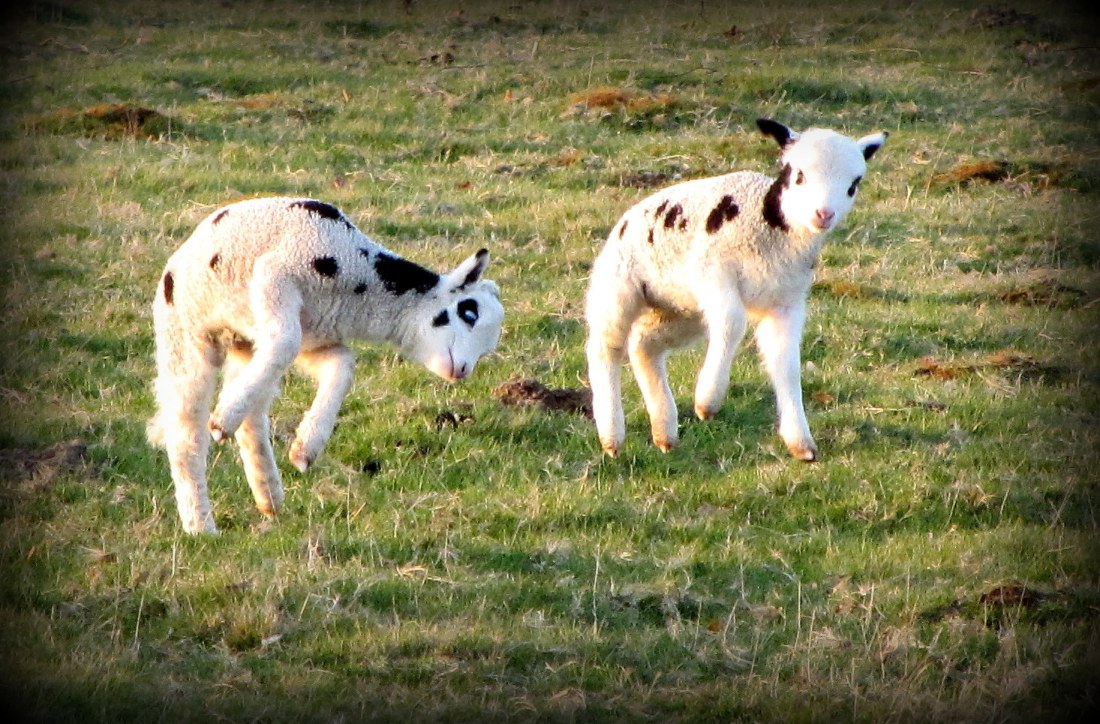 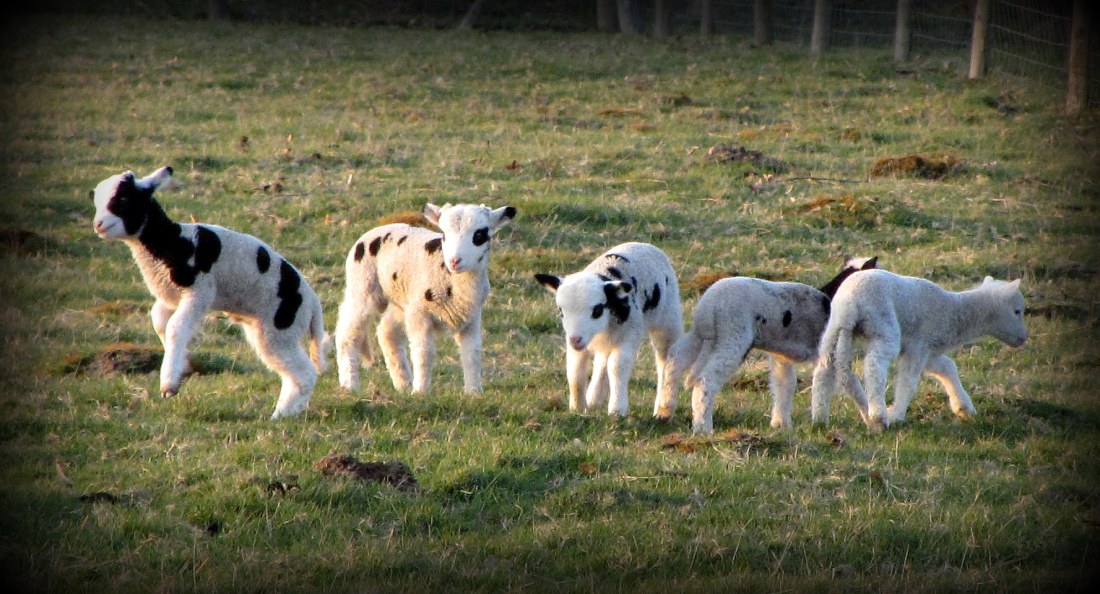 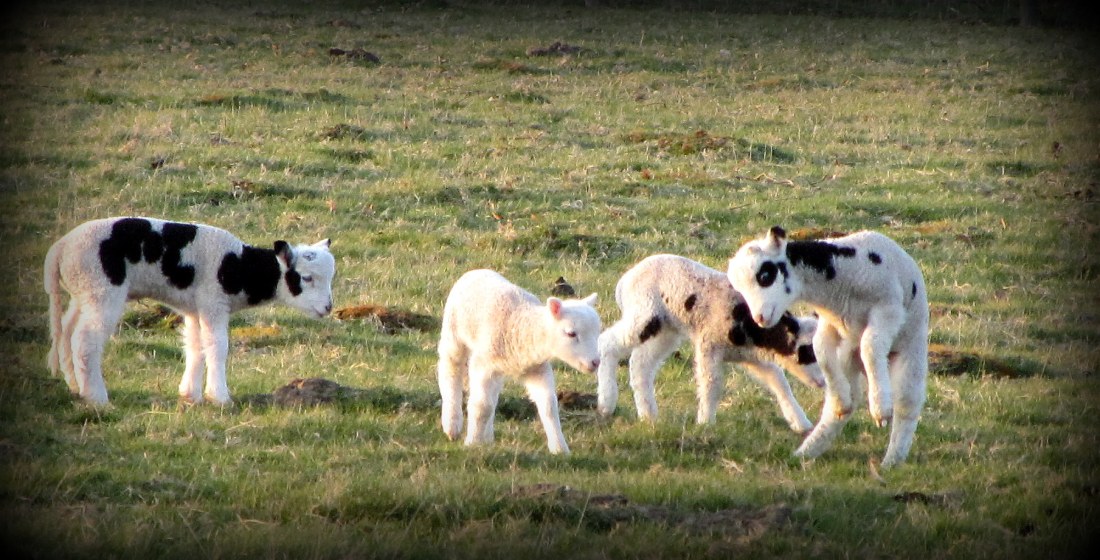 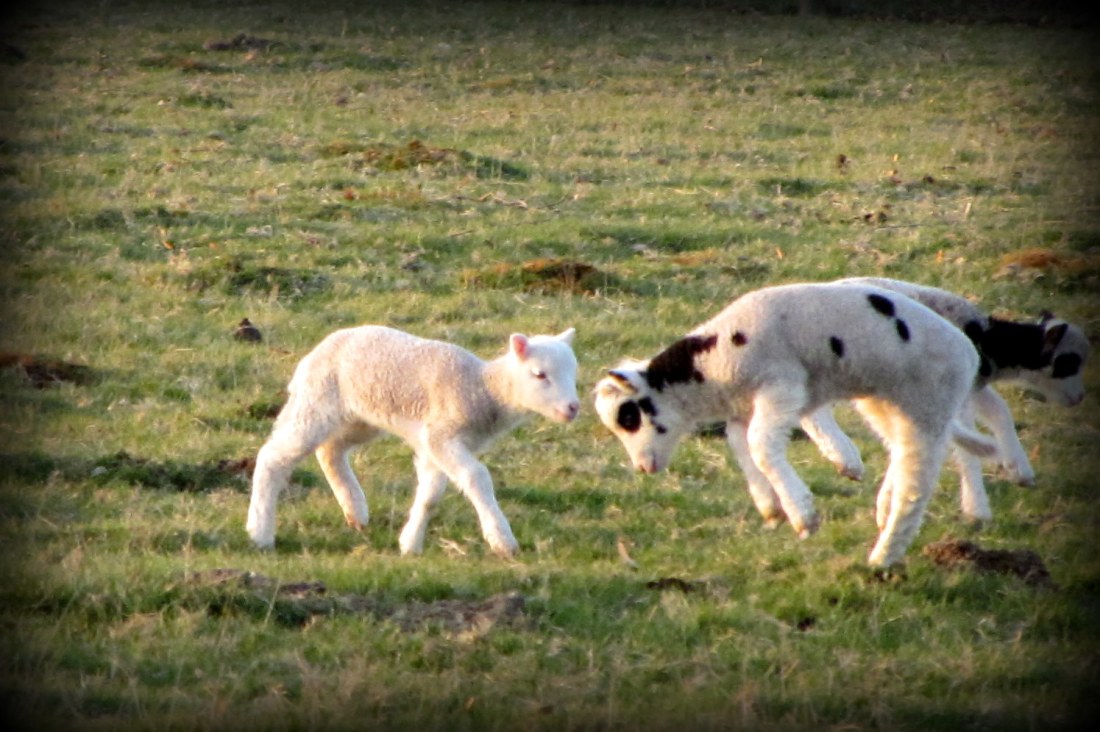 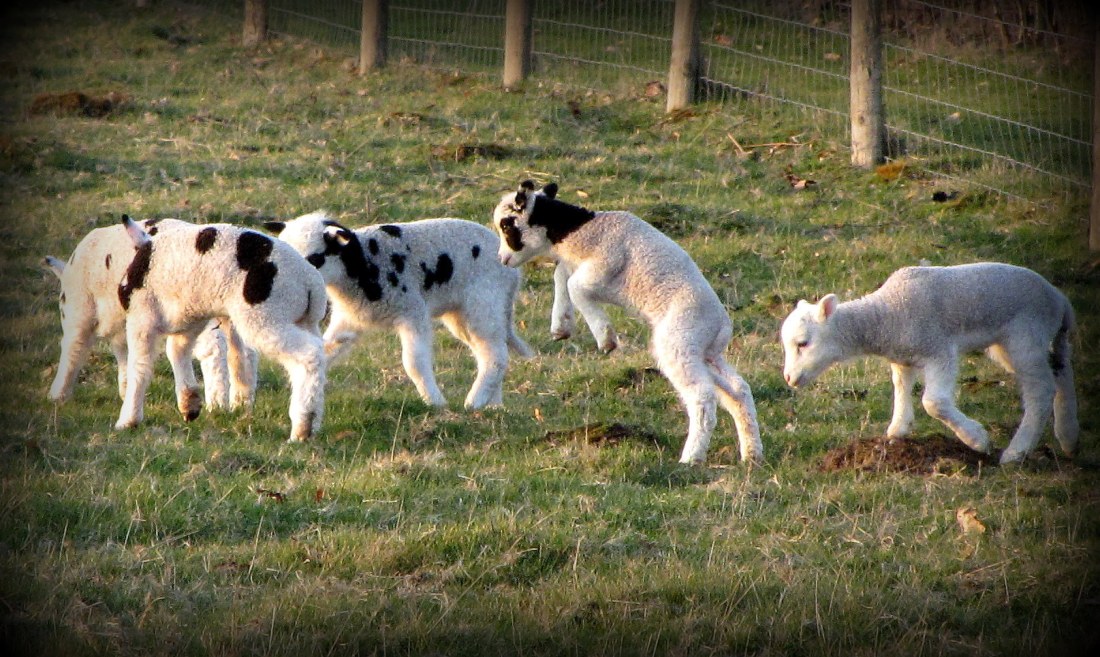 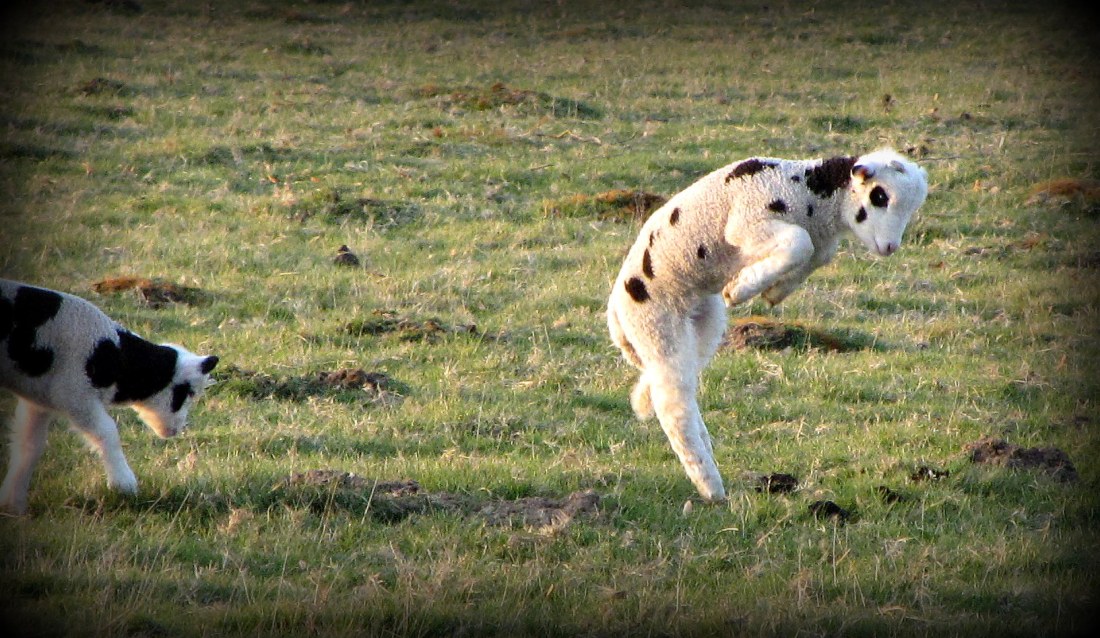 Changing pace for a moment, a few pictures from the sheepfold, in particular our 8 lambs. After the daily feeding for the adults (in which the lambs are now taking an increasingly vigorous part), the adults tend to wander off, and the lambs take their afternoon nap, mostly in the shelter. As the sun fought its way through a day-long mist, bestowing a pleasing warmth, it was a rather soothing scene. As usual, clicking a photo will take you to its larger version.

**WARNING** – the following photos are not for the hard-hearted, as they contain explicit schmaltz and gratuitous cuteness. 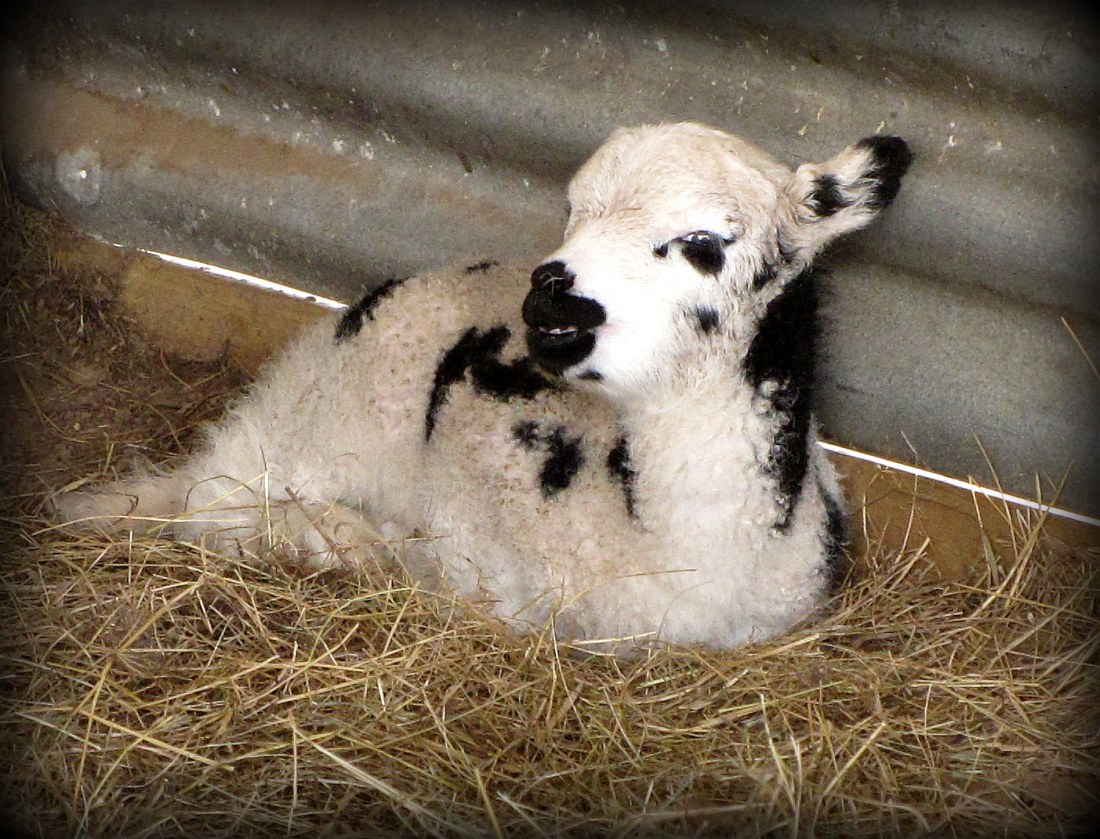 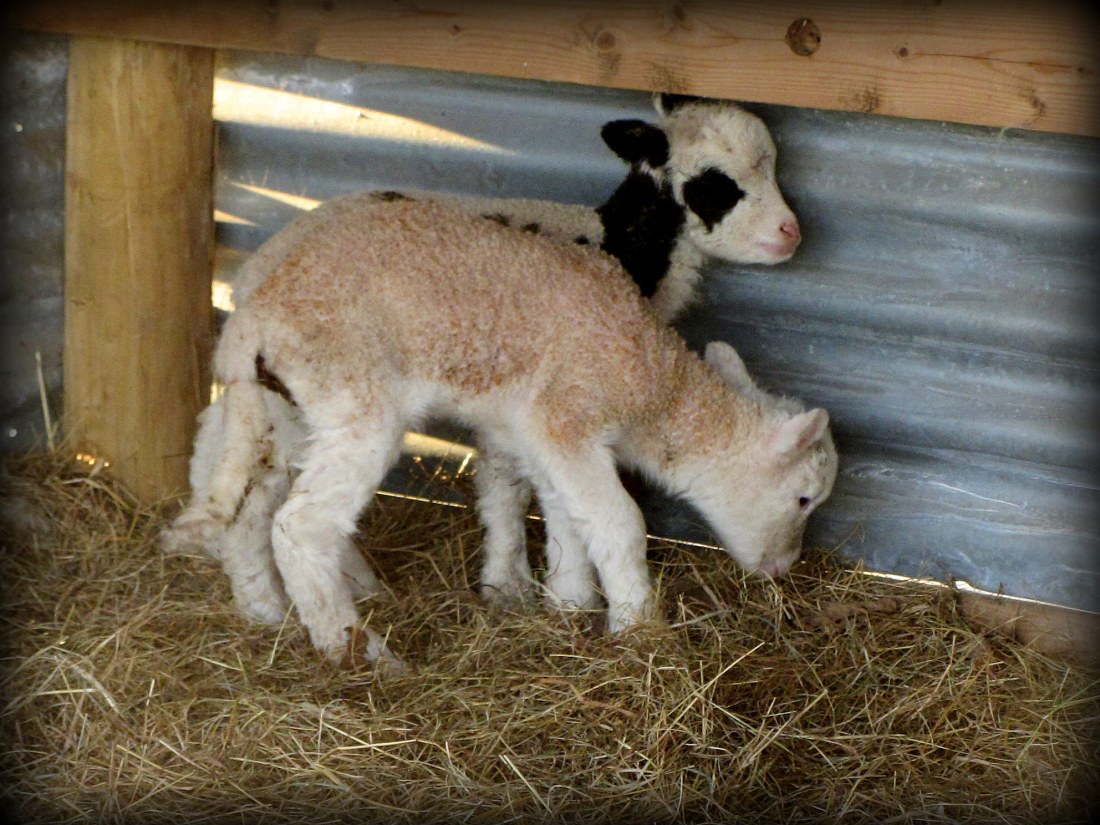 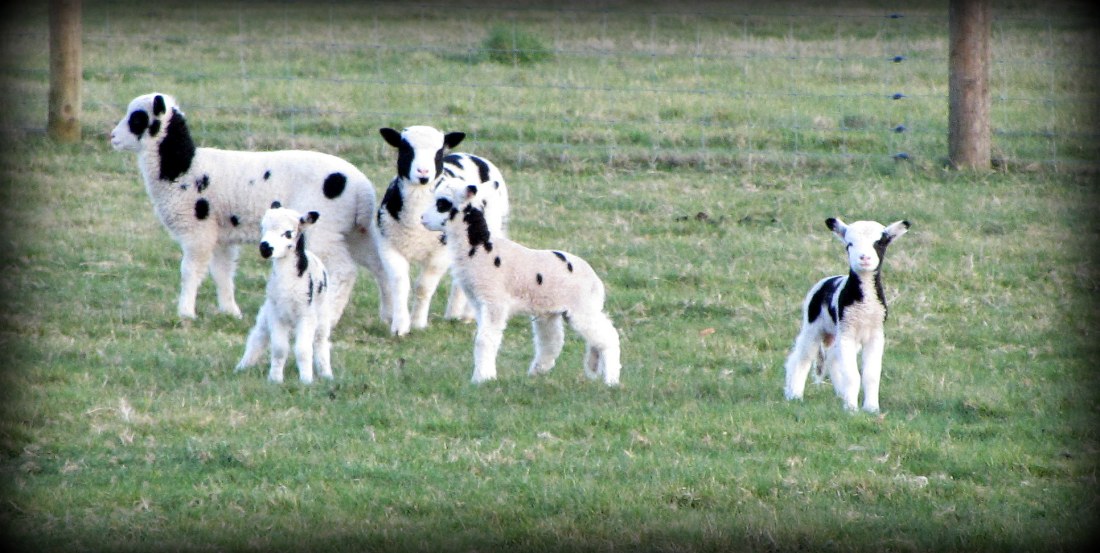