Sorry – another mega missal post, but the last, so—courage. [As usual, if you click the photos they will open in full size.]

First from the cloister haul is this example of a missal I had not come across before: a Missal-Vesperal. Many of the 20th-century people’s missals began to include vespers and even compline, as a way of bringing the life of Christian worship out beyond the confines of Mass and to imbue daily life with the spirit of the liturgy.

It needs some fairly simple repair to the binding. 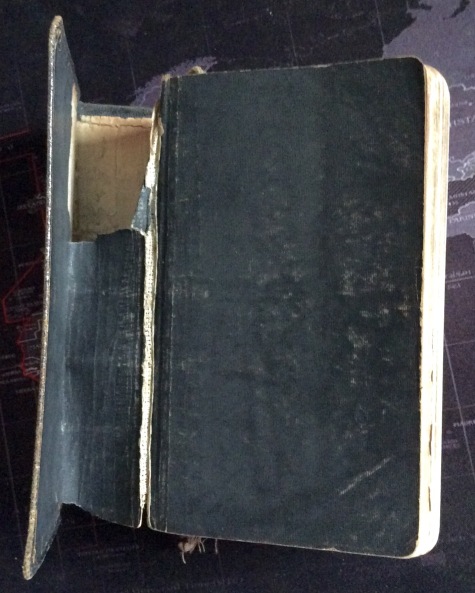 Widdowson and Co is a new publisher to me, and a cursory internet search turned up nothing (other than a real estate agent). A Carmelite, Fr Berthold Le Page, who died in 1916 as a member of the community at Our Lady of Mt Carmel, Kensington, supplied the artwork, which is reminiscent of the Benedictine Beuronese style. It is, of course, printed in Belgium; although there is no printing date, the date of the imprimatur is 1932, given by Cardinal van Roey of Mechlin.

So important are the illustrations in the mind of the editors that they merit a commentary of their own.

There is also excellent catechetical material, such as the summaries of the Faith and the duties of a Christian (when do you last read these?).

Supplementing Fr Berthold’s lovely work is some more traditional art, rather blandly reproduced. To be honest, they pale in comparison with Berthold’s engravings.

Next is a small priest’s missal.

A lovely typeface has been used on the title page by the American publishers, Benziger. Produced in the USA, there is no printing date but the imprimatur is dated 1942, given by Franciscus Josephus, which is to say, Archbishop Spellman of New York. 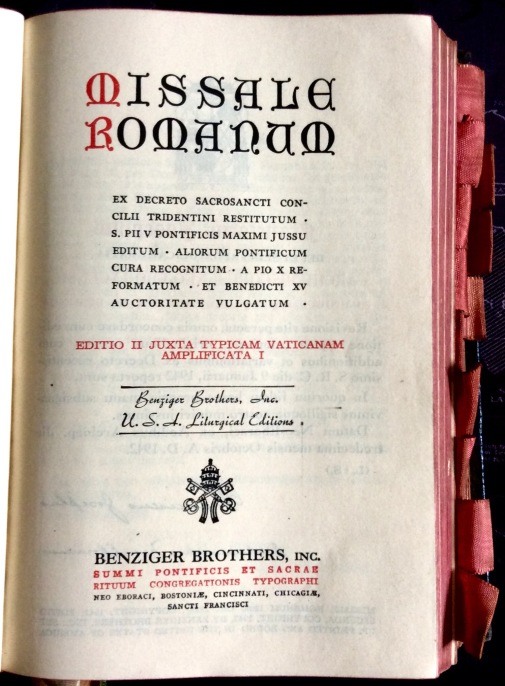 This was obviously a well-used missal over a period of time, and it has been altered to reflect ongoing liturgical changes. The page tabs reflect a missal meant to be used on the altar, if only a travelling one. 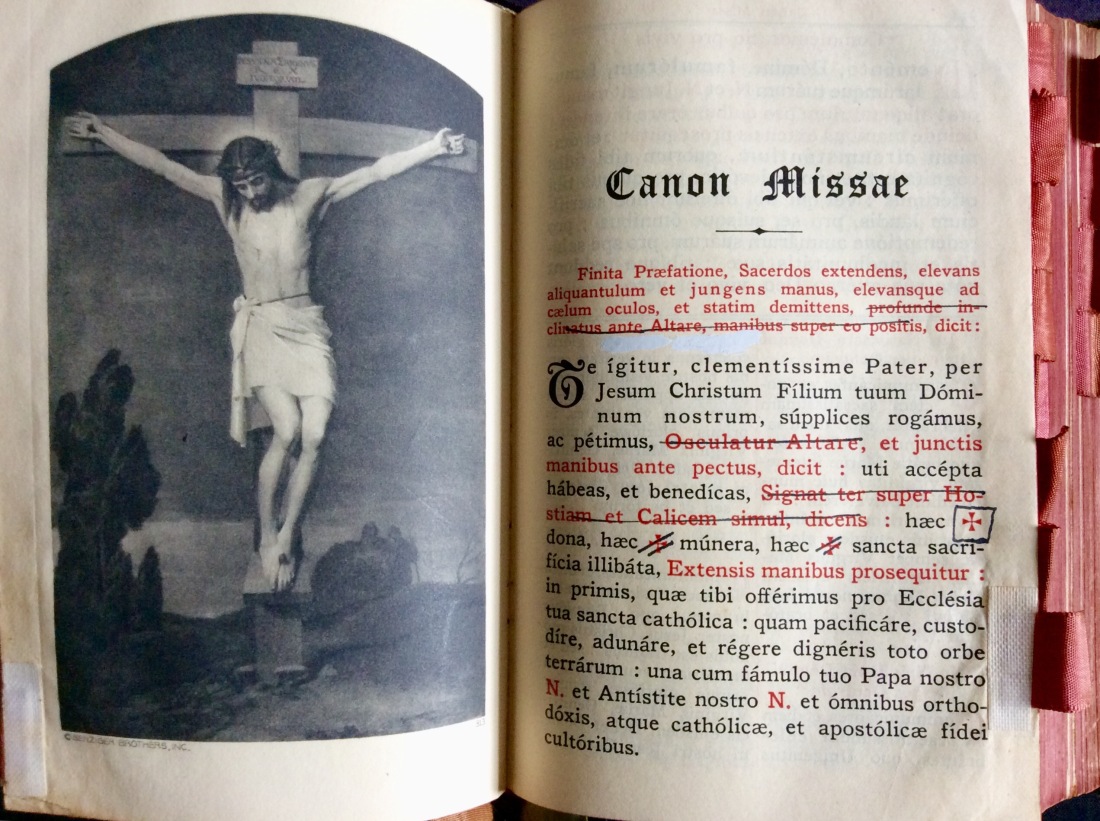 The supplement is for the dioceses of the USA.

Another priest’s missal follows, a little smaller than the previous and lacking the helpful tabs.

This one is published by Marietti of Turin in 1922, with an imprimatur from Cardinal Richelmy of Turin. 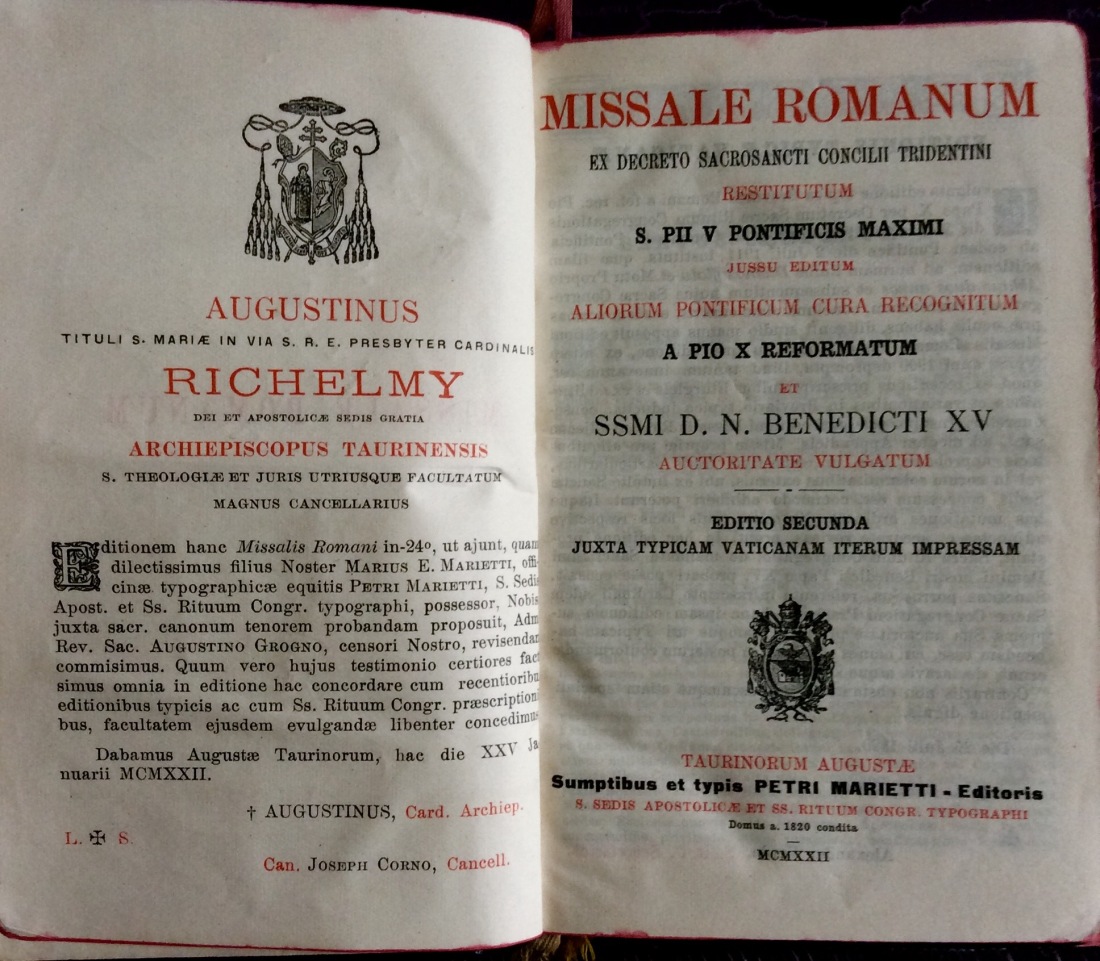 The artwork is beautiful.

The missal lies flat easily enough, and it is well laid out for use at Mass on the road.

Its appendix covers the blessing of abbots and abbesses.

Another, very handsome, missal for use by a priest appears next.

It has striking endpapers.

Someone has taken very great care in the inscription, marking the gift of a priest to, perhaps, a relative or friend newly ordained. 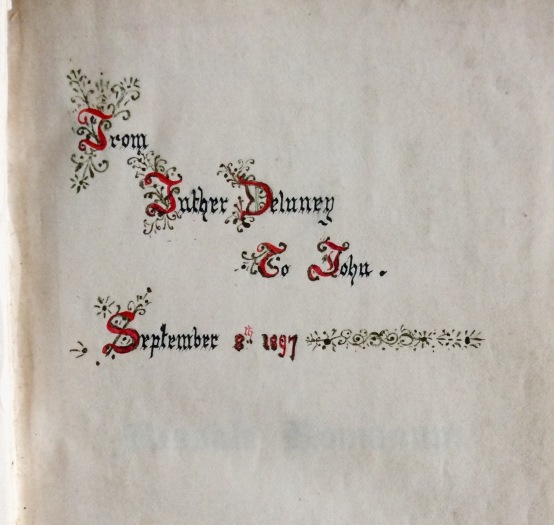 It is another Belgian production, both in its printing and publication in 1897.

The section on defects, standard for the old rite, is something totally absent for the post-conciliar Mass. Some would see this as a loss.

It lies flat and the prefaces are clearly set out for singing.

It was obviously used right up to Pope John XXIII, as St Joseph has been penned into the canon of the Mass.

The next missal seems vin ordinaire in light of all the foregoing.

Belgian published and printed, with Cardinal van Roey’s imprimatur and the 1920 decree establishing the editio typica embodying the reforms of Pius X and Benedict XV.

The supplement has the propers of the EBC, with the imprimatur in 1934, again given by Abbot President Edmund Kelly of Douai.

Yet another Dessain missal with van Roey’s imprimatur is up next.

The same lovely artwork, but the ribbon is striped and very natty indeed.

The supplement is for France, with an imprimatur dated in 1934. It has two appendices inserted, covering saints St Mary Bernard Soubirous in 1934, and Saints Dionysius, Rusticus and Eleutherius in 1943. 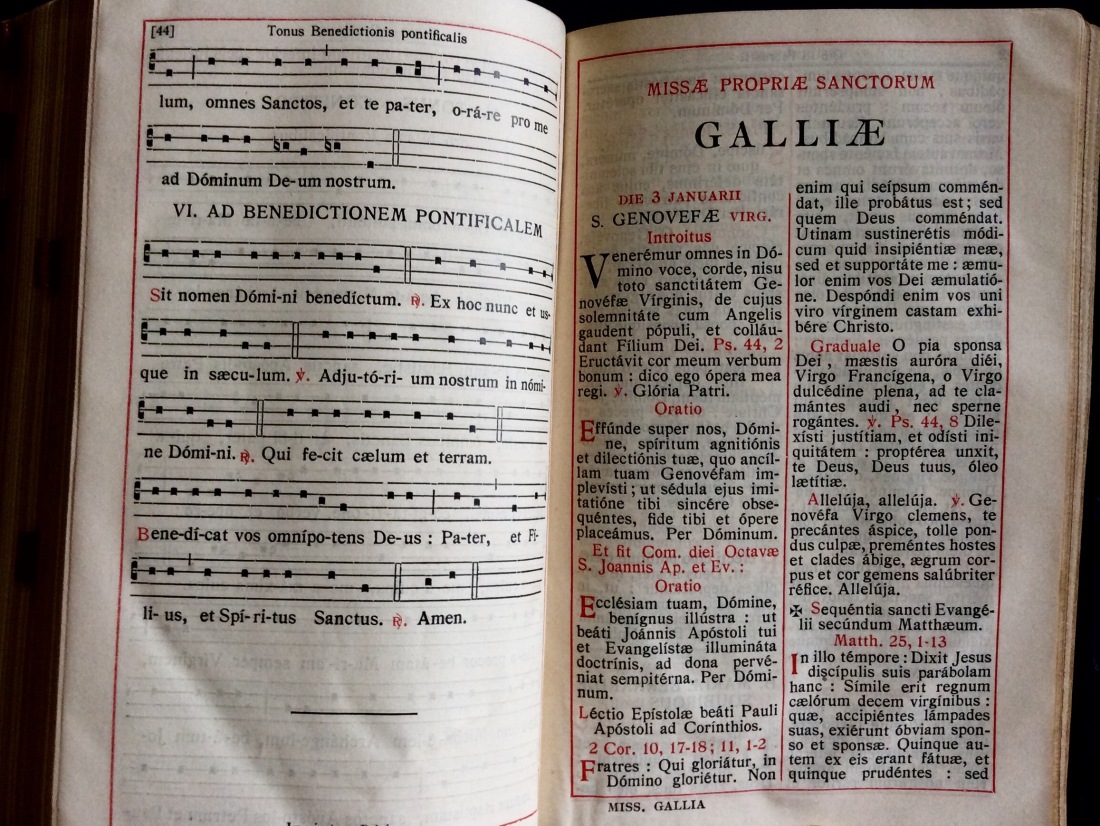 The next, and last, last two volumes drop us back into the 1960s. First up is this Burns and Oates people’s missal of 1962.

Bound into the front is a supplement covering the changes mandated from 1961.

Its Preface by Fr O’Connell and Dr Finberg list the changes in s a useful summary list.

Then we get to the missal proper. 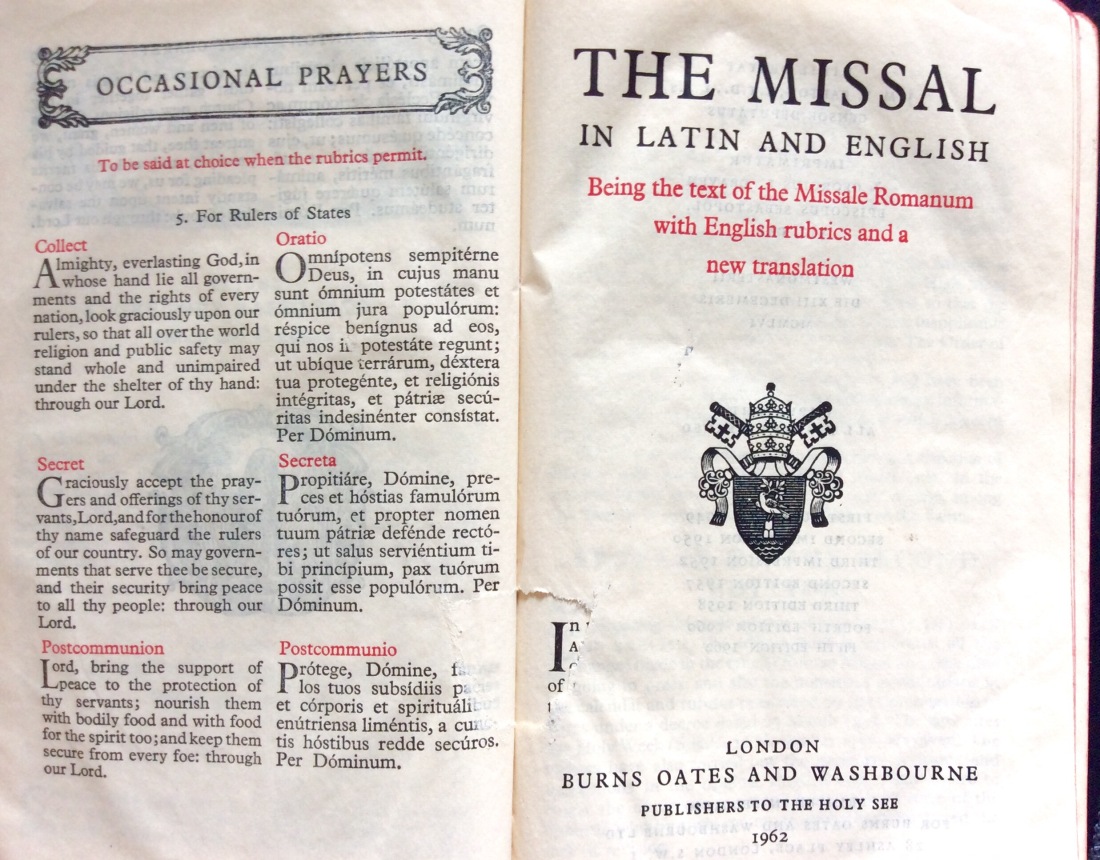 It uses the Knox translation for the scripture. This was the translation adopted by the bishops but for only a very short period of time. 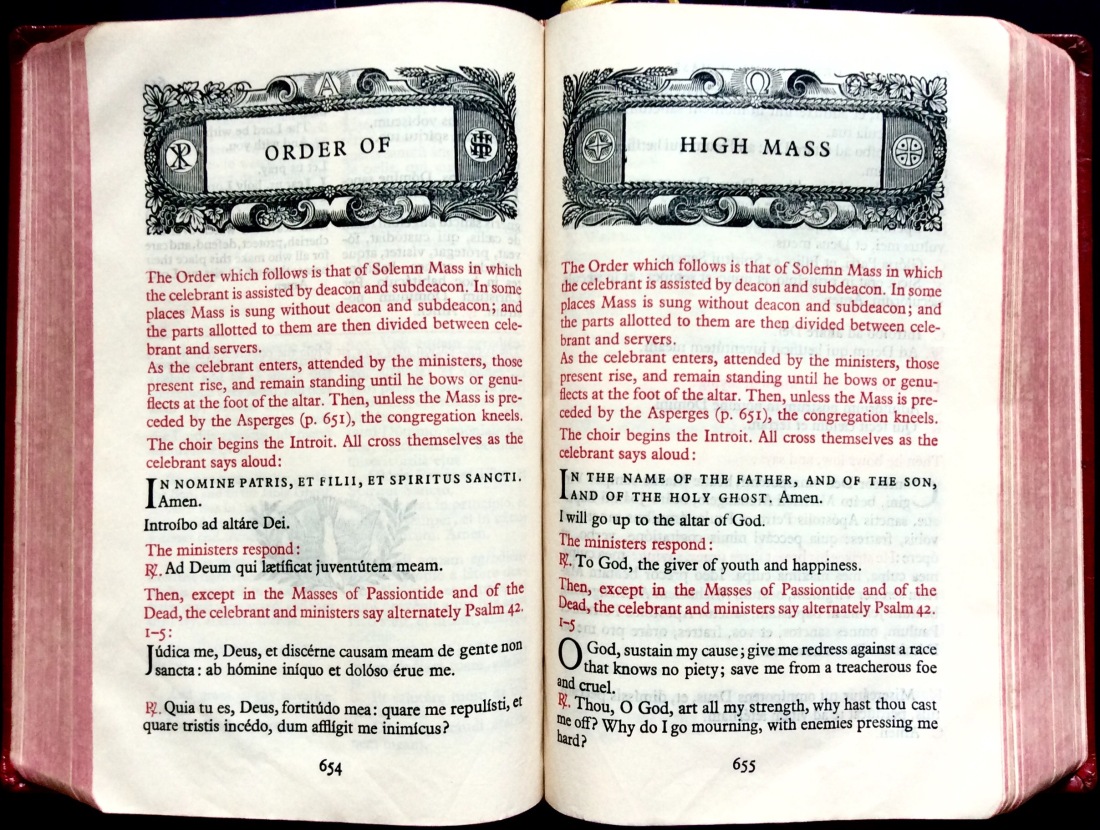 …from Low Mass. The fact that even now there had to be amendments made in pen, despite the last-minute supplement, shows the state of flux in which the liturgy found itself in the 1960s.

St André, Bruges, took their missal apostolate very seriously, as evidenced by their erection of a missal commission.

Cardinal Cushing provides a prefatory letter outlining the priority of a participating congregation. Note the nihil obstat is granted by a pre-prelatial Godfried Daneels.

The first paragraph under the heading Titles is rather unconvincing, and reflects the growing ascendancy of dynamic equivalence in translation that would bear such tasteless fruit in the first Novus Ordo missal in English.

Instead of Commons they have “Schemata”, with useful notes of introduction. An inserted prayer card reveals the priorities of the English Church in the 1960s. It also includes some divine office for Sundays and feasts, not Lauds and Vespers, but Prime and Compline! Prime would very soon bite the liturgical dust in the post-conciliar reform of the breviary.

The headings reveal a heavily didactic approach in this missal, and the growing emphasis on the liturgy as a work of the “assembly”. 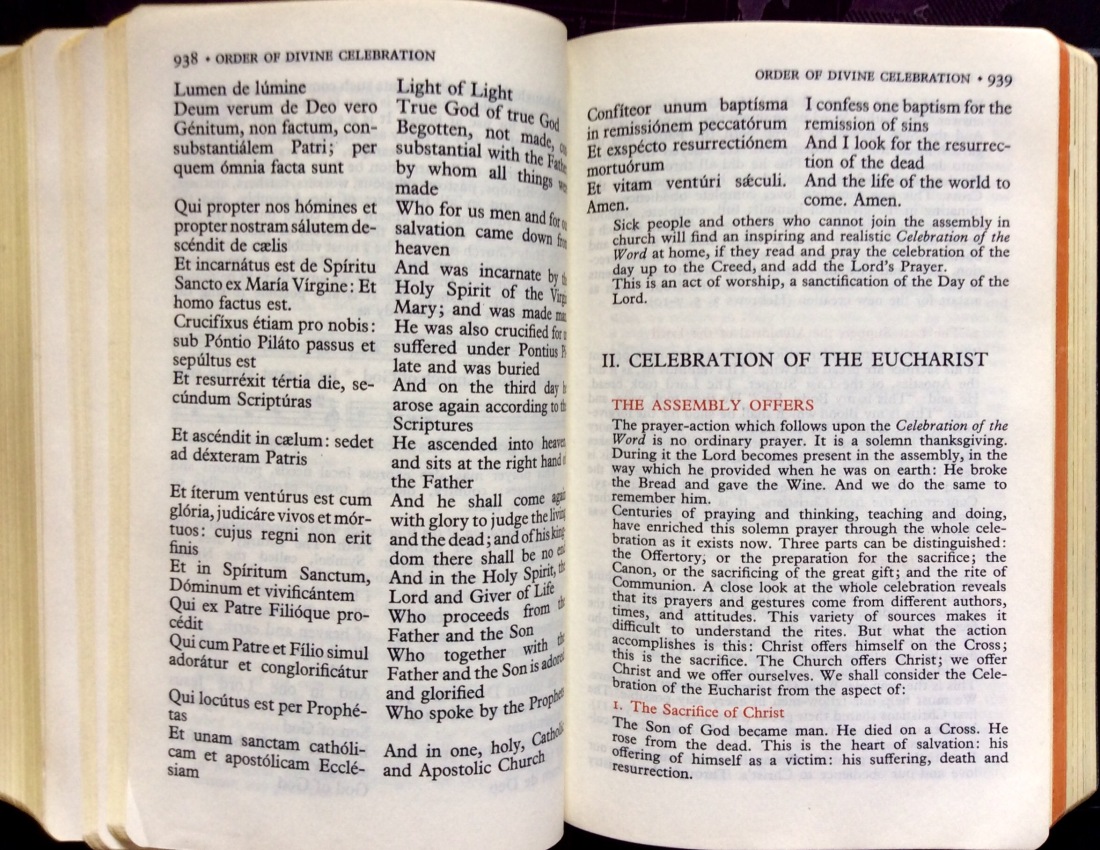 The artwork comes from various books held by the Bibliotheque Royale in Brussels. It is very effective. 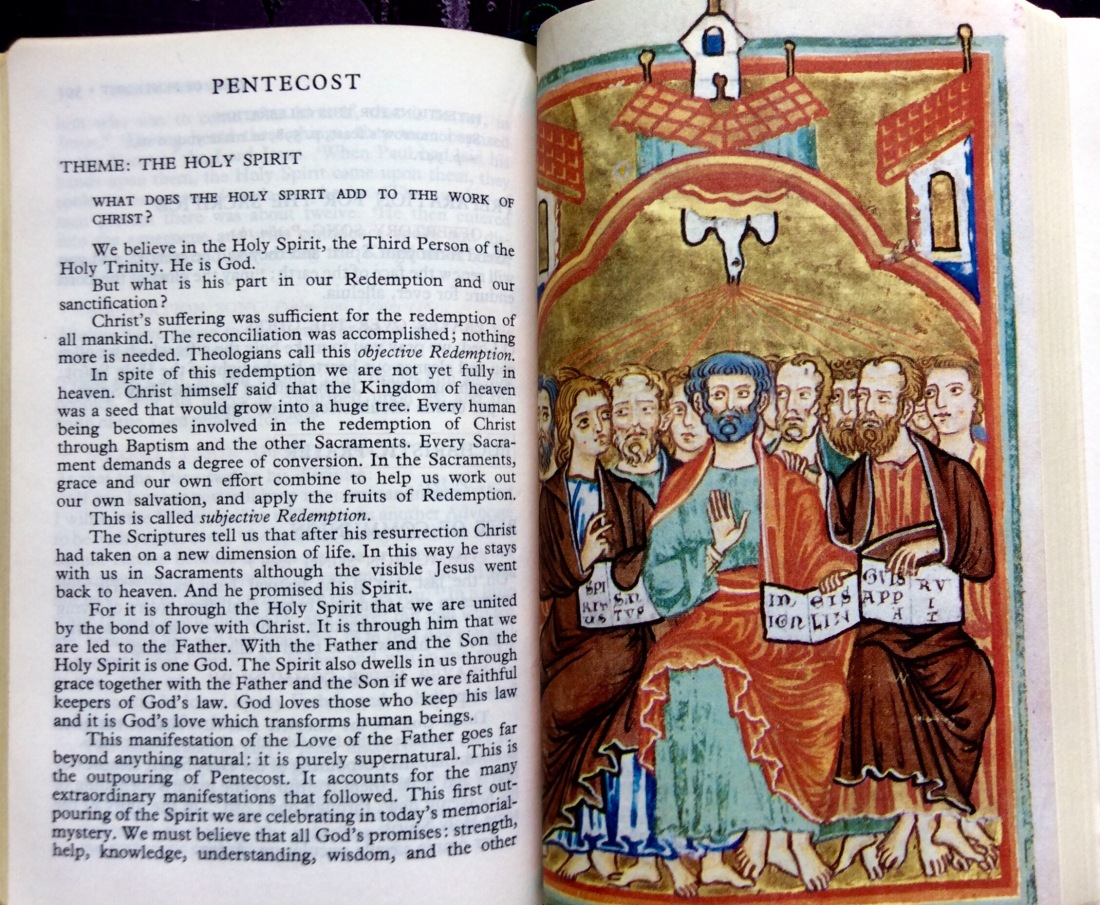 A few little curios remain to be shared, but here endeth the missals that lay at (unwanted?) peace in the cloister cupboard.

7 thoughts on “Missals in the Monastery Cupboard—2”