This year seems already to be flying past, with so much happening that it is hard to keep up. Perhaps mercifully, this blog has suffered from relative neglect.

Today is a post long overdue. It should have appeared in December. Better late than never?

At the great Jesuit school Stonyhurst, in the remote wilds of Lancashire’s Ribble Valley, some pupils have been involved in the fading art of letterpress printing. The St Omers Press (harking back to the school’s origins in exile at St Omer, near Calais) seeks to publish works associated with the school and its Jesuit heritage, not least by dipping into its important archival collections. They use a rescued and restored Albion Press, and have received significant help from Stanbrook Abbey in the venture. They have their own web page if you are interested in learning more about them.

One work which happily came to my attention, and which is not listed on their website, is a lovely little piece of work. The publication date is actually November 2010 but the work has not received the exposure it surely deserves.

To prolong the suspense, let’s delay discussing the content and deal with the wrapping. It is an A4-sized card booklet containing slightly smaller (as folded) parchment paper, one large sheet making four pages. The text is set in the Poliphilus typeface, which was used in a work printed by the great early printer Aldus Manutius in 1499 and revived in 1920 by a modern great, and Catholic convert, Stanley Morrison (who gave us the important, if vastly overused, Times New Roman typeface). Pupils past and present worked on the typesetting. Only 250 copies were printed, and there are a goodly number left. The price for what must be, as you shall see, an important and even historic publication, is remarkably low. Too low for me to print! [Update: ’tis a shame to keep the price a secret – £5! For goodness’ sake, buy one. Just email Mrs Jan Graffius at St Omers Press.]

It is the text that elevates the printing onto such an elevated plane. It is a fine translation, by Anastasis Callinicos (a Classics master at Stonyhurst) of an intimate, intensely personal prayer to God and the heavenly court by St Edmund Campion in the lead up to his martyrdom in 1581. Entitled Anima (“The Soul”), until now it has been lying quietly, and in its original Latin, in the Jesuit collections at Stonyhurst. This is the first translation, and in it we hear Campion not in the confident public voice of his famous Brag, but in a mood of penitence, self-offering and self-surrender, and of faith. There are no bitter arrows aimed at his persecutors; rather is he preparing himself for the great trial of his last torture and execution, and his coming before the judgment seat of God.

It is a beautiful and moving work, and the translation does it full justice. There is in it both food for lectio divina, and general spiritual balm. Below is the text, and pictures of the publication taken hastily on my mobile phone. It really is worth trying to get a copy, so go to the Press’ webpage and put in an order. The poignancy of the words are only enhanced by the simple charm of its printed form.

I have deserved it, I confess; and, when punished,
I do not so much feel its bitterness, as I grieve,
That I, trusting in vices and sin, have displeased you,
That I have done injury to so great a Monarch,
That I have done harm to your spirit, which is of my Saviour.

How foolish I was, to have dared so often to yield to sin!
To have reprised again so many sins, so many empty words!
To have prostituted my good hours!
To have nourished the poison within!
So often to have adventured the uttermost perils of everlasting Death!
To have turned Salvation from many!

O where would I now be,
Had Your Grace not rescued me from my loathsome failings,
Filled me with a better light,
And exchanged, for the eternal Fires of Hell,
The holy fires of Love!

Give pardon to the one confessed,
And, as much as You are pleased to temper your Justice with a father’s
kindness,
As much as You grant the power to prevail to those petitions,
Which the whole Church pours out,
Bride to You, Mother to me;
As much as You, Christ, will be, of Your own will, the Sacrifice on
splendid altars,
As much as the Solemn Rite of the day demands,
As much as Your compassion bears,
So assuage the great agonies I deservedly suffer.

O Heavenly Ones, repeat the prayers, release the prisoner.
O Fathers, say again the sacred words and take pity on us.
O Brothers, hear and lighten my heavy plaint.

Were it permitted to me to return to the airy sunlight,
Such things as I have now learnt,
Were I to have a life longer than six hundred years,
At every hour I would gladly commemorate those Departed,
And offer reverent vows on their behalf.

All around, I see old companions, beloved hearts,
Some whom I drew into the ways of sin,
Some also who drew me into ruinous friendships;
Well do they now gather about the Venerable Body,
Well do they now rejoice;
Let them, their earlier faults now repaired, look upon me, I.pray,
And let them store me in minds that remember.

Hope, greatest and ever-present to the Dead,
Hope is the Host which I behold;
Here, be assembled here, I pray;
Here celebrate God, and for the afflicted seek peace.

Now I have spoken: I am going back.
For, though I undergo bitter tortures,
I have no desire to climb, blessed, to that High Seat, before I am purified:
But this is not the place for such sordid matters.
Only this I ask: have pity, Sweet Jesus.

Rightly do I owe thanks without measure to you, my Guardian Angel,
Who have brought comforts joyous with light,
That light which has borne witness to the manifold Majesty of the Lord,
And vouchsafes the distinction, stature and honour of God. 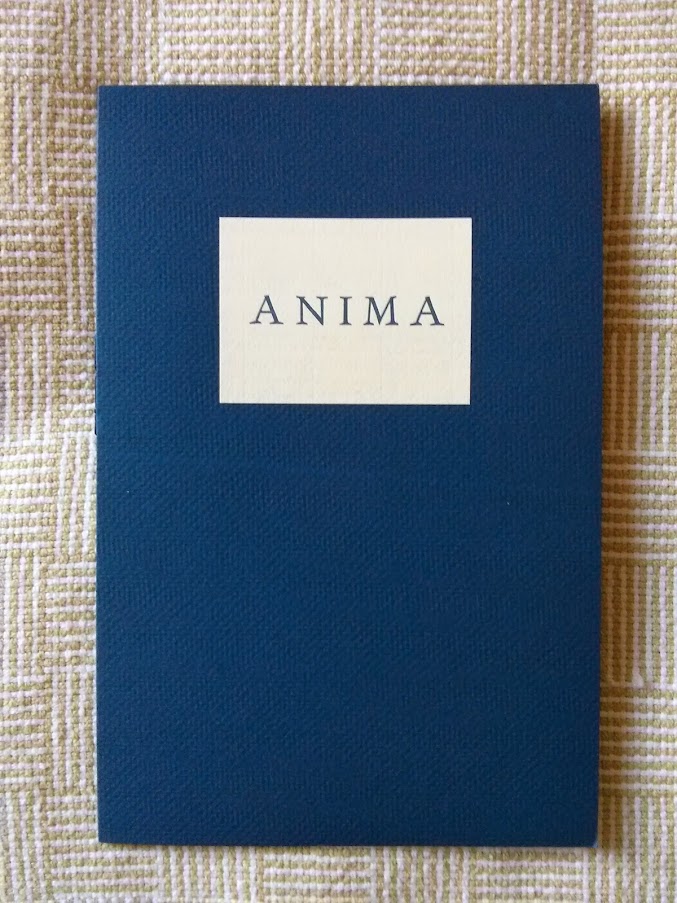 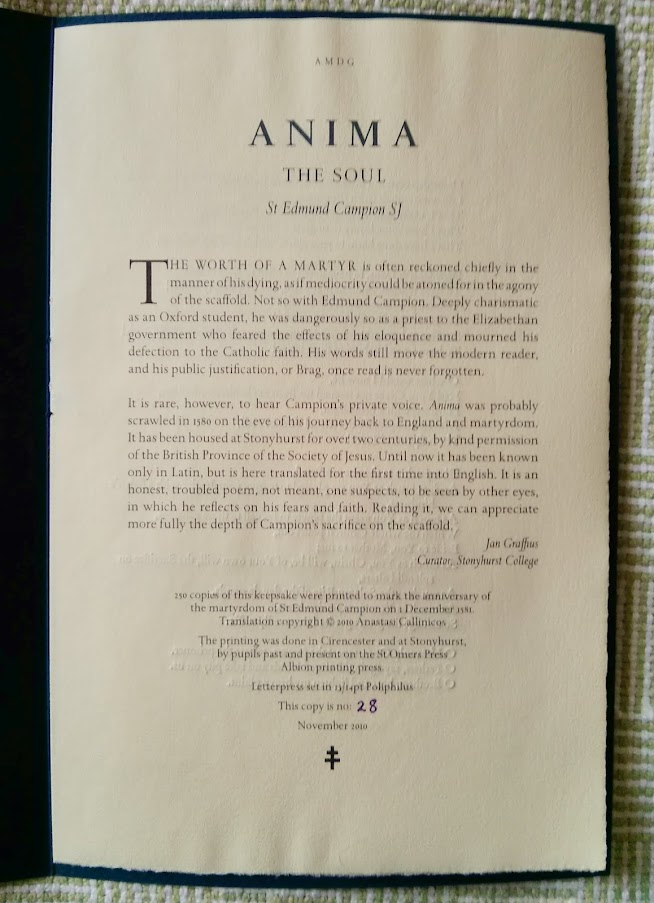 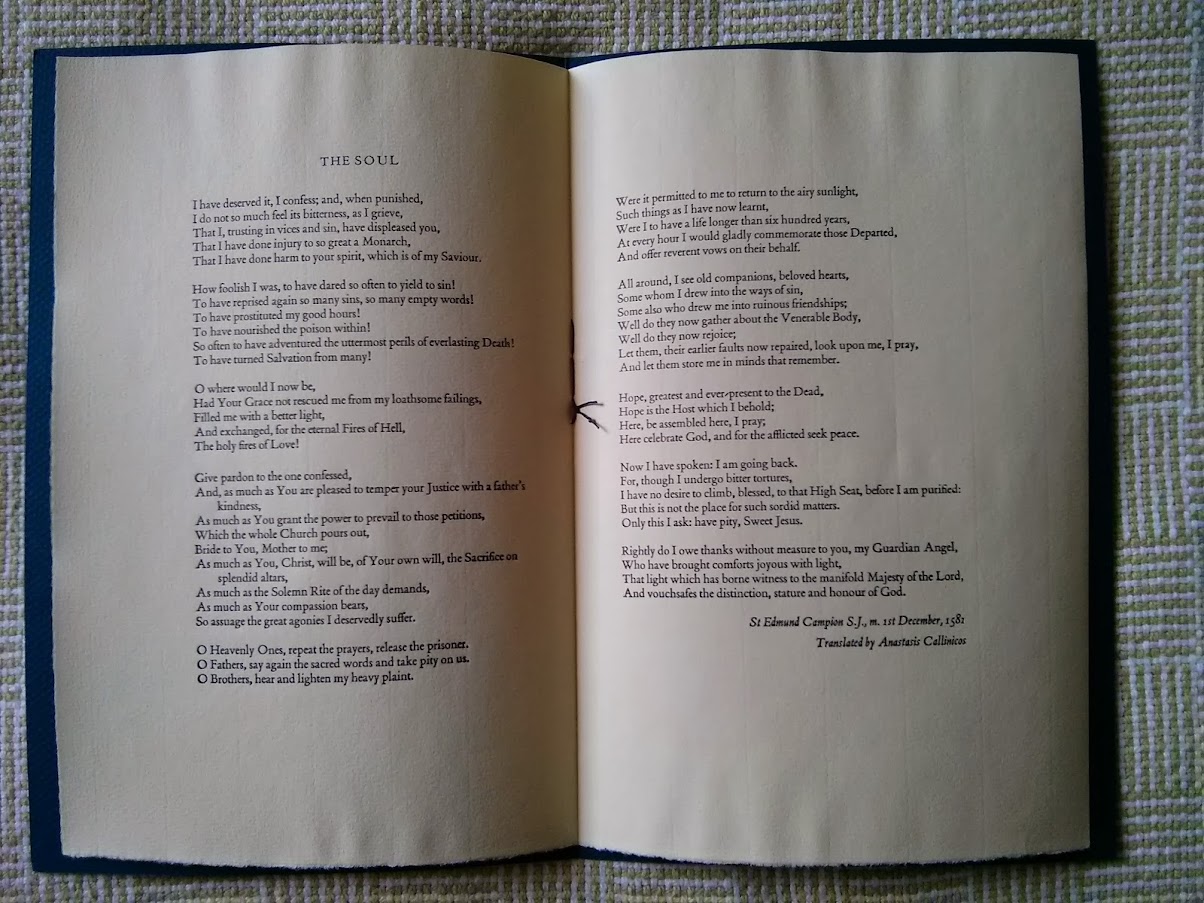 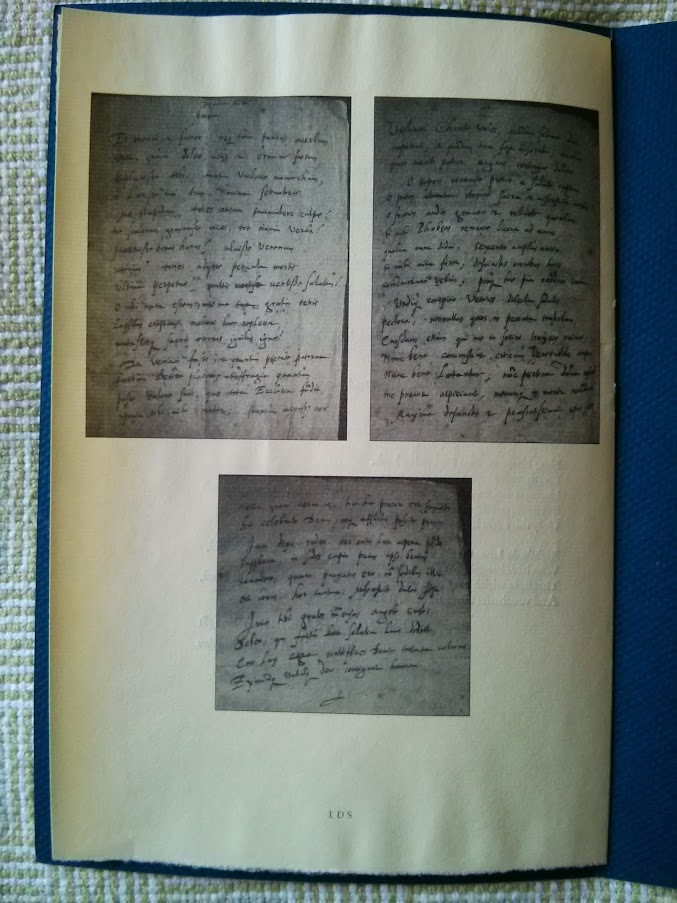