After the heavy discussion the appointment of the new bishop of Portsmouth provoked, let us turn to something less cerebral and controversial.

A couple of weeks ago I spotted a nest on high in one of our garages with a brooding parent aboard it (the pictures get bigger if you click them): 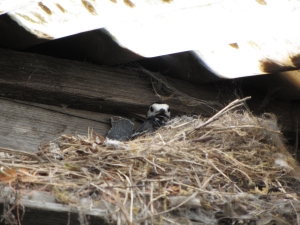 S/he usually hid behind the lip of the nest when I appeared, but a few days later I managed to spot the tell-tale beak of a chick: 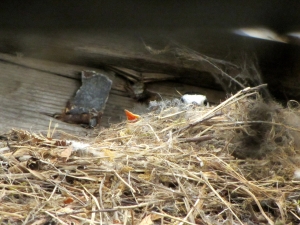 Then one day I caught Mr (or Mrs?) Wagtail out having a stretch: 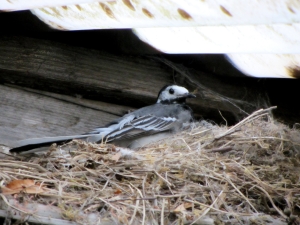 And today, the two chicks were up and about, having outgrown their orange infant beaks, their parents outside going berserk as I took this picture. 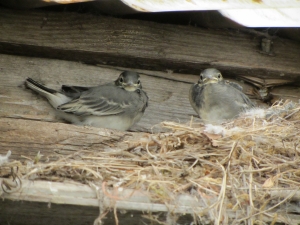 This wet summer had to have at least one compensation!

3 thoughts on “Something lighter – birds!”