A few weeks ago Archbishop Coleridge of Canberra-Goulburn (Australia), and Chairman of the International Commission for the Preparation of an English Language Lectionary (ICPEL), was gracious enough to provide on request some official clarification about the new Lectionary and its use of a Catholicized version of the English Standard Version of the Bible.

It was announced today that Archbishop Coleridge is to be translated to the vacant see of Brisbane in Queensland. Given that Canberra is the nation’s capital, this might seem at first glance something of a demotion. However it is far from a demotion. Canberra is a small city, and even with the rural areas of the diocese included, the Catholic population is small (around 160,000 on 2004 figures). Brisbane is a much larger city, with a significant and well-established Catholic population (over 643,000 on 2006 figures). It has faced some controversy in recent years, not least regarding the schismatic parish of South Brisbane (not to be confused with the faithful remnant who now occupy the church building there) and the media circus surrounding its defection from the Church. It seems clear that Archbishop Coleridge is being trusted with an important diocese that needs a wise and sound pastor at a difficult stage in its history.

May God prosper Archbishop Coleridge in his new diocese and may his ministry bear much fruit to God’s glory. Ad multos annos! 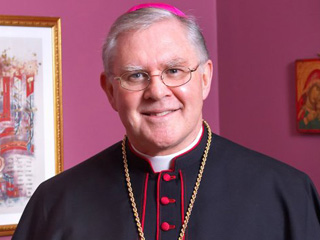