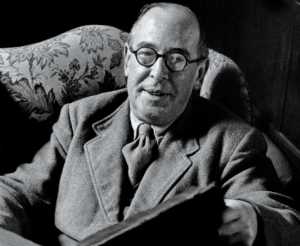 Apart from being a great literary figure, C.S. Lewis was, of course, a devout and committed Christian. Though an Anglican, he was never partisan and can be, and is, read with profit by Catholics. The recent controversy about Fr  William Rowe, in Illinois – who offered his resignation when taken to task by his bishop (and not for the first time) for habitually changing the words of the Mass and making up his own prayers – brought back to mind some reflections offered by Lewis in his excellent little book, Prayer: Letters to Malcolm.

So rather than offer my own commentary on Fr Rowe and the practice by some priests of constantly tampering with the liturgical rites, it seemed better to remind us of some of Lewis’ observations. They were first made in the early 1960s but are as relevant today as then. In light of what was soon to follow, they verge on prophetic. That these are the observations of a layman give them an added force.

It looks as if they [ie clergymen] believed people can be lured to go to church by incessant brightenings, lightenings, lengthenings, abridgements, simplifications and complications of the service. And it is probably true that a new, keen vicar will usually be able to form within his parish a minority who are in favour of his innovations. The majority, I believe, never are. Those who remain – many give up churchgoing altogether – merely endure.

Is this simply because the majority are hidebound? I think not. They have a good reason for their conservatism. Novelty, simply as such, can have only an entertainment value. And they don’t go to church to be entertained. They go to use the service, or, if you prefer, to enact it. Every service is a structure of acts and words through which we receive a sacrament, or repent, or supplicate, or adore. And it enables us to do these things best – if you like, it ‘works’ best – when, through long familiarity, we don’t have to think about it. As long as you notice, and have to count, the steps, you are not dancing but only learning to dance. A good show is a shoe you do not notice. Good reading becomes possible when you need not consciously think about eyes, or light, or print, or spelling. The perfect church service would be one we were almost unaware of; our attention would have been on God.

But every novelty prevents this. It fixes our attention on the service itself; and thinking about worship is a different thing from worshipping. …

A still worse thing may happen. Novelty may fix our attention not even on the service but on the celebrant. You know what I mean. Try as one may to exclude it, the question, ‘What on earth is he up to now?’ will intrude. It lays one’s devotion waste. … Thus my whole liturgiological position really boils down to an entreaty for permanence and uniformity. …

It may well be that some variations which seem to me merely matters of taste really involve grave doctrinal differences. … I think it would have been best, if it were possible, that necessary change should have occured gradually and (to most people) imperceptibly; here a little and there a little. … Yet we all want to be tinkering. …

Lewis makes some profound and fundamental points about liturgical worship and the role of ritual. The liturgy should focus our attention on God, not ourselves, and certainly not on the celebrant. Even his homily should be revealing more about God than about himself (oh those stories about his travels, encounters, friends and childhood – occasionally illuminating, but all too often self-indulgent). None of us, celebrant included, comes to church to do something with the liturgy, but to let the liturgy do something with us.

Lewis moves on to personal prayer, but his observations about the use of “ready-made” prayers in our private devotions has a relevance to public, liturgical devotion, especially in light of Fr Rowe’s fondness for ad-libbing liturgical prayers and texts. On the use of these “set-texts” in prayer (and so in worship) Lewis maintains that,

[f]irst, it keeps me in touch with ‘sound doctrine’. Left to oneself, once could easily slide away from ‘the faith once given’ into a phantom called ‘my religion’.

Secondly, it reminds me ‘what things I ought to ask’ (perhaps especially when I am praying for other people). The crisi of the present moment, like the nearest telegraph post, will always loom largest. Isn’t there a danger that out great, permanent, objective necessities – often more important – may get crowded out? By the way, that’s another thing to be avoided in a revised Prayer Book. ‘Contemporary problems’ may claim an undue share. And the more ‘up to date’ the Book is, the sooner it will be dated.

This insight could be usefully applied to the common practice of in-house composition by individuals of intercessions for the Prayers of the Faithful at Mass. Often many ramble on, offering virtual party-political statements at times, addressed more to the congregation than to God, and very often seeking to be ‘relevant’. When done well, bidding prayers can be very enriching; when done poorly they were best not done at all!

Lastly, going back earlier, Lewis’ point about innovation as a means to “luring” people to church deserves some reflection. In seeking to make liturgy ‘relevant’ to those who do not come, we can end up marginalising those who do come. The sad truth is that, for this reason but indeed for other reasons as well, these (illicit) innovations have not crowded our churches. A pathetic percentage of Catholics actually attends Mass. The reason is less to do with an inaccessible liturgy than with a more general crisis in faith. Our worship is the fruit of our faith; if our faith is lacking, then so too will our desire to worship. If the quality of our faith is lacking, so too will the quality of our worship. By attempting to lure the unready into church with the baubles of novelty, all we do is draw an audience united in the desire for diversion or entertainment, not a congregation united in faith and drawn for worship. If the Church’s liturgy means so little to some Catholics, then the remedy is not to make changes to the liturgy, but to seek change within those Catholics so that they can appreciate their need to worship God, and do so at one with the Church. No doubt this is one of the tasks set for the Pope’s New Evangelization.